History revisited in the Turf route

General information:
This is the ideal route for our Motorboats and it requires just a little sailing experience.
An ideal tour because of the sheltered waterways, also by a little more wind.

Turf route:
Back in the 16th century, a network of canals was dug, over which peat shippers could transport their freight to the west. The turf route follows those canals trough south-east Friesland, the western region of Drenthe and the tip of Overijssel.

Connection point.
The Linthorst Homanssluis locks and the nearby Driewegsluis locks form the connection with the waters of north-west Overijssel. In the five to six weeks of the peak season, the Linthorst Homanssluis locks are in the continuous operation in order to keep the traffic moving . And so you can sail effortlessly from Tjeukemeer lake and from Wolvega and Heerenveen.  Driewegsluis locks are the ideal spot for a break. Enjoy the panoramic views or explore the Brandermeer countryside.
Alternatively, you can go ashore directly into the Rottige Meenthe nature area.

Woodland and  heaths
Nature is equally inviting wherever you arrive. The Drents-Friese Wold at Appelscha offers endless walking and cycling routes, as well as the woods around Oranjewoud and Delleboersteheide nature reserve, close to Olderberkoop.  A little further up is the Katlijker Schar, an attractive woodland area where Scottish Highlanders graze.

Acces
The Turf route tales in many bridges and locks, often with beautiful lock keepers cottages. You operate many of the small bridges yourself, but bridge keepers will be ready to assist you with the larger ones.
In order to finance upkeep of the Turf route, you can purchase  an ‘entrance ticket’ at the locks in Gorredijk, the Damsluis locks at Appelscha and Sluis I locks at Oudehorne.
This covers the costs of all bridge and lock fees. The route is accessible for boats with a maximum length of 28 metres, 5 metres wide and 3.30 metres high, with a maximum draught of 1.10 metres.

Sailing through woods, fields and heaths
The other Friesland, with woodlands, peat moors and heathfields: that’s the south-east corner of the province.
The Turf route connects this area with Western Drenthe and the tip of Overijssel.  Moreover, you’ll pass by no less than four beautiful National Parks: the Drents-friese Wold, the Dwingelderveld, the Alde Feanen and the Weerribben. The name of the route refers to the history of the rich landowners, peat tradesman and poor peat diggers. It was this trade in peat which brought riches to a number of important Friesian families. Their heritage, country estates with fantastic gardens and parks, can be found in Bakkeveen, Olderberkoop, Beetsterzwaag and Oranjewoud, among other places.

Short version
The ‘short Turf route ’takes you through 70 kilometres of south- east Friesland. The trip starts at the Opsterlânske Kompanjonsfeart in Appelscha, a flourishing recreational village featuring Duinen Zathe attraction park, Friesland Midget golf park and De Vleer historical cookery museum. Appelscha is close to the Drents-Friese Wold, the second largest nature area of the Netherlands. On the other side of the water, we find the unique Fochtelöerveen, a Friesian savanna and home to the crane, grebe and adder.

Variation
Sailing towards Gorredijk, the prominent place of Bakkeveen comes into sight in the distance. At Bakkeveen dunes, a modern viewing tower offers fantastic panoramic views. Along the route to Gorredijk, the wood stretch out along the water to chic Beesterzwaag.
In the centre of Gorredijk, a typical peat community, is the first and largest locks of the Turf route. If you feel like stopping here, why not relax in the Saunastate thermal baths or visit the Opsterlân regional museum. Sailing on through the fields, the striking ‘Boarnster Toer’ tower of Aldeboarn rise up far ahead. Shortly after, you’ll reach Akkrum, a water sports village, before continuing over the Tjonger via Heerenveen to stately Oldeberkoop.  A number of attractive villas and Molenbosch park betray its ‘decadent’ history.

Over the border
Back in Appelscha, you can carry on and on and cross the provincial border into the Drentse Hoofdvaart, sailing to Meppel via a traditional landscape of characteristic ‘esdorp’ villages, villages with farming plots along a square. Through the water sports village of Zwartsluis , we continue north towards Steenwijk, passing picturesque Giethoorn along the way. Further on is the watery nature area called De Weerribben, where otters are once again in residence. From Ossenzijl , there’s a link to the northern section of the Turf route. 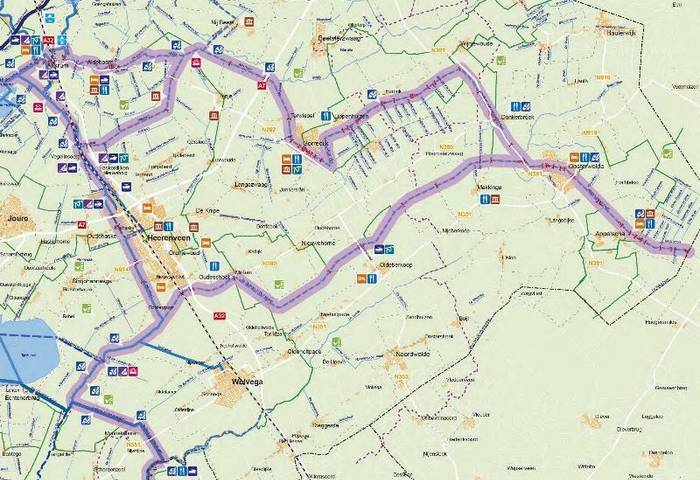 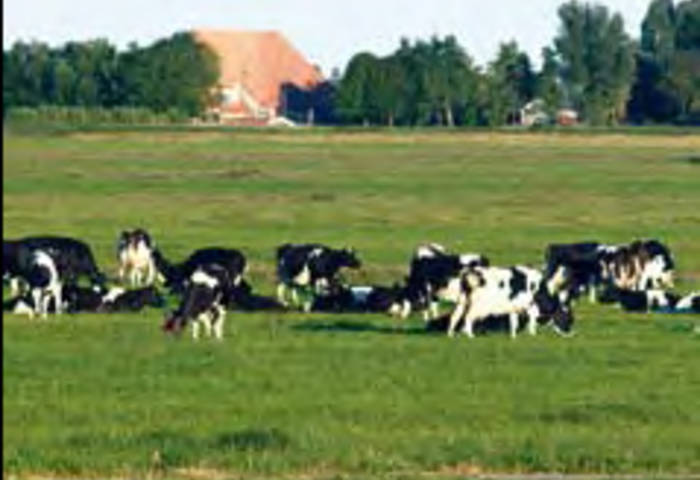 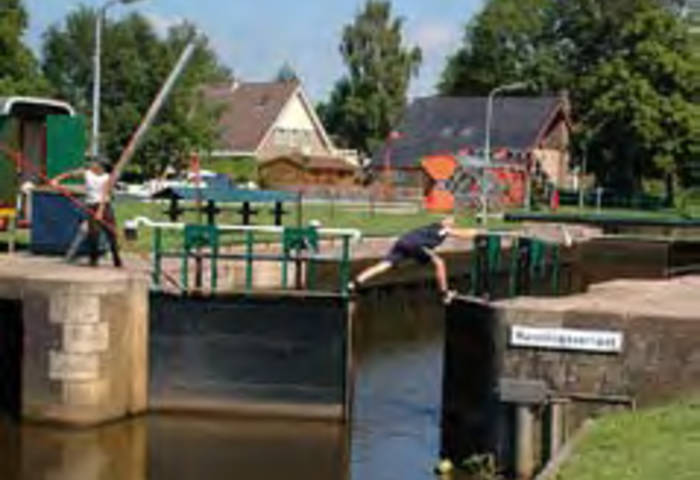