General Information:
With a maximum headroom of 2.46 meters is this an ideal route for the motorboats from Heech by de Mar.
Little sailing experience required.
An ideal tour because of the sheltered waterways, also by a little more wind then average.
One week is recommended to complete the whole route.

Middelsee route:
The historic Middelsee route, a part of the Elfstedentocht marathon skating race, used to be an important sailing route between Leeuwarden and Sneek. It’s now a good alternative for the busy Prinses Margrietkanaal for motorboats and sailing boats with an easily folding mast.

Sneek
From Leeuwarden, Franeker or Bolsward, you can sail directly to Sneek water sports centre.  The route is accessible for boats with  a maximum height of 2.46 metres. Via the Domplsuis locks, you’ll soon get to the friendly town of Sneek, whose many mooring facilities and fantastic quaysides invite you to head for town, the many shops and lovely pavement cafes.
Mooring at age old villages
The Middelsee route is named after its location in the area formerly known as the Middelzee. The raised knolls are characteristic here, allowing the resident to keep their ‘heads above water’ for many thousands of years. Traditional villages such as Boazum, Easterwierrum, Iens, and Raerd are reminders of those days. The villages along the Middelsee route are all easily accessible thanks to the many moorings, for example along  the Zwette, Bozumervaart and Franekervaart.

Going ashore
In the area of the Middelsee route with its panoramic views, you can put together your own cycling route network. Over the winding Slachtedijk, or past historical stately homes and farmsteads. Poetry fans will love the Friesian Poetry Path and can savour the atmosphere in wonderful  villages such as Mantgum, Wommels, and Jorwert. Historical city walks recount the past of Leeuwarden and Sneek. Countryside walks are an experience in themselves over the Slachtedijk or the old trekking and hunting paths along the Zwette.

The vast landscape with endless raised knolls is punctuated here and there by meandering dikes.
Monumental , proud farms seem to keep a watchful eye on boats sailing past. Picturesque villages and historic town invite their captains ashore. The Middelsee route passes through a very special region.
The Middelsee route is spacious and watery. The banks are often lined with rustling reeds and the view are varying. And if the weather doesn’t cooperate? The Friesian Shipping Museum in Sneek, the Striid Tsjin It Wetter Museum in Wommels and the Friesian Museum in Leeuwarden are definitively worth a visit. The historical area is also full of monuments. Anyone interested  in a little mysticism  will be fascinated by the famous mummies of Wiuwert, the Unia State fata morgana of the fresco of the beardless Christ in the church of Boazum.

Tributary
From Sneek with its characteristic Waterpoort gate, the route heads north, past Scharnegoutum.
The  church on a knoll towers above the rest of the villages.  Further on, a tributary of the Zwette heads for Boazum, one of the oldest Friesian  villages. It takes you to Easterlittens, a ‘village of tradition ’as it is known. The village square features ‘It Pealtsje fan Easterlittens’ pole , as a reminder of a story about a fortune cobbler.

Villages and knolls
Sailing along the Zwette, age old villages gradually appear. Dearsum, with its ‘Dearsumer Húske waterside inn dating from 1787, and Easterwierrum. The tower on a knoll, just outside the village, is a remnant of a former church. Easterwierrum is known for its annual  Berne Iepenloftspul in which schoolchildren perform an outdoor musical or drama piece. A little further away from the water is Jorwert, where Geert Mak wrote his book about “How God left Jorwert’ and Mantgum, where neoclassical villas with their  beautiful gardens betray a prosperous past. Near Mantgum is the Skillaerd hamlet, where the church tower is one of the oldest remaining Renaissance works of Friesland. Past the two hollow post windmills, the route ends where the Zwette meets the van Harinxmakanaal in Leeuwarden. 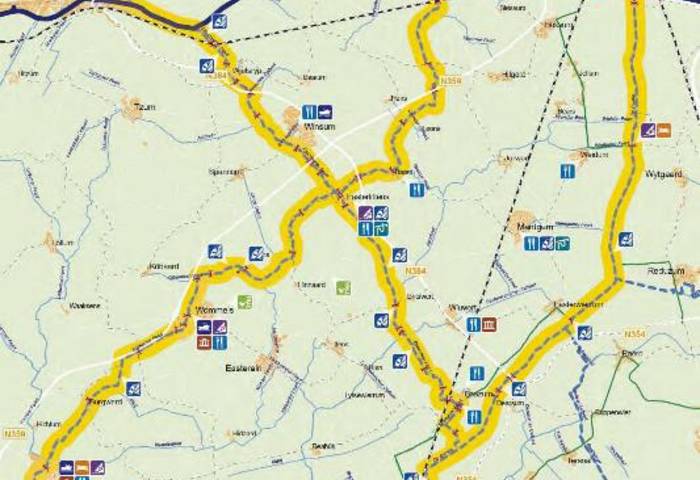 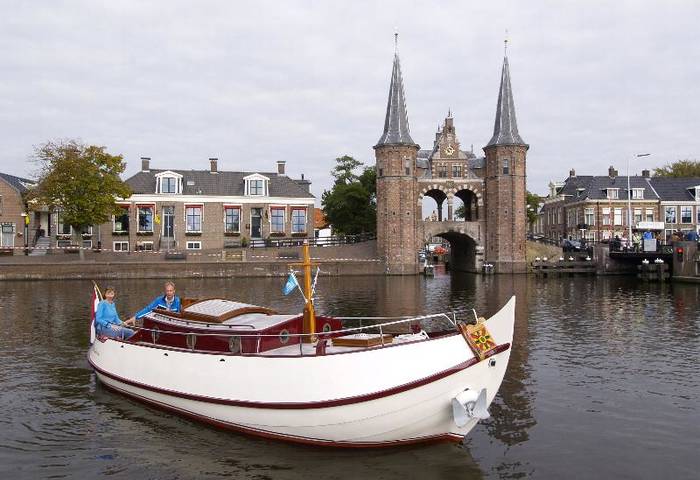 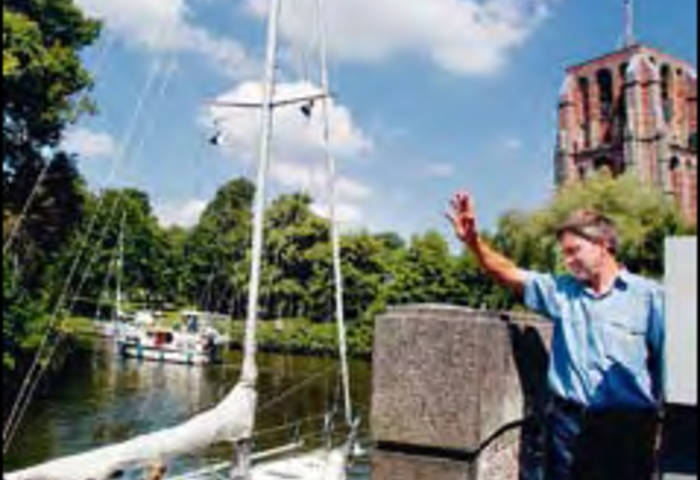