Plenty to do in central Friesland.

General information:
The Staandemast route starts in the South west and crosses whole Friesland, all the way  towards Lauwersoog and continues/ flows into the Waddensea.
This route is a nice round and it is possible to visit several Waddenzee islands. You need at least one week to finish this route. Advisable is a little longer so you can also visit some interesting Frisian historical towns.
This route is suitable for experienced sailors with routine and knowledge on Tidal waters.
By west wind start the route clockwise and by mainly east wind start leftwards. This gives you the most sailing opportunities.

Via Dokkum, sailing around Leeuwarden and from the Friesian capital to Terherne: this is now possible for ships with a fixed mast. This wonderful sailing trip, in central Friesland, is now part of the national route for ships with a fixed mast.
Sailing boats whose mast is not easily lowered can now opt for an alternative to the busy Prinses Magrietkanaal. Don’t forget to explore the city itself while you’re here! Leeuwarden offers many activities and interesting monuments, including the historical Prinsentuin harbour in the centre of town. Nearby, in the Museum harbor, you’ll find the traditional old flat bottomed boats, barges, milk boats, fishing boats and clippers.
To the villages

From the Leeuwarder van Harinxmakanaal, you sail over the Langdeel aqueduct to Wergea.  Passing the village with grasslands on each side, head south past Domwier to Grou. The waterfront looks a fun place to be, with its promenade, overnight moorings and the Tea House. Walkers enjoy the views from the dam and fisherman try their luck here. In the village itself, a footpath takes you to the most beautiful historical buildings. The Pikmeer, which includes the modern starting island for sailing races, is the connection to Alde Feanen nature area. After Grou, the route takes you to the next ideal water sports village: Akkrum.

Via bustling Dokkum and Leeuwarden to the south.
To the peace and quiet of meadows and villages…and back again. Even large sailing boats can ignore the busy Prinses Margrietkanaal and opt for the Staandemast route.
Whether you start or finish here, Leeuwarden is worth the effort. Wander around the historical city  centre with its many beautiful shops and terraced cafes. Or visit the many faceted Friesian Museum, with a variety of exhibitions. For children, the watery Aquazoo just outside the city, is a real adventure.

Panoramic sailing
Passing the new neighbourhood of Zuiderburen south of Leeuwarden, we leave the city behind us via the lake and set sail over the Langdeel aqueduct to Wergea, a village made famous in Afke’s Tiental, a book by Friesian writer Nienke van Hichtum, check out the bronze statue on the square. On the route to Grou, the central Friesian farming area offers panoramic views.

To Grou and beyond
Grou is an authentic small village, and a walk around its streets soon shows how it grew around the central church. This village is the birthplace of the traditional skûtsje sailing boats and it home to one of Friesland’s oldest water sports clubs.
The Trije Gritenijen Museum shows you the history of Grou and the surrounding villages. Via the relatively  small but centrally located Pikmeer, the route continues to Akkrum, a nice village with all the necessary shops and quayside cafes. You’ll sail past the rear of the striking Coopersburg building, which originally provided housing for impoverished elderly people. The building was founded by the Akkrum born F.H. Kuipers, who emigrated to the United States in 1866 and changed his name to Cooper. A little further along, the Amsterdam style ‘Welgelegen’ residence surprises the boats passing by. This was traditionally home to ‘single ladies of a decent class’.

Take to the lake
After Akkrum, it’s not far to Terherne.  In the Classical Ship harbour, you can admire ships from the previous century  and nose around the shops in the Ship hall. Nearby, Kameleon villages relives the world of Hielke and Sietse Klinkhamer of the famous Dutch children’s book series. We leave  Terherne with the wind in our sails as the Sneekermeer lake unfolds ahead of us.
www.visitFryslan.com/staandemastroute

North of Leeuwarden
Ships with a fixed mast can also sail around Leeuwarden, by following the Staandemast route northward. You will sail past the Prinsentuin to Dokkum via the Dokkumer Ee, a famous section of the Elfstedentocht marathon skating race. 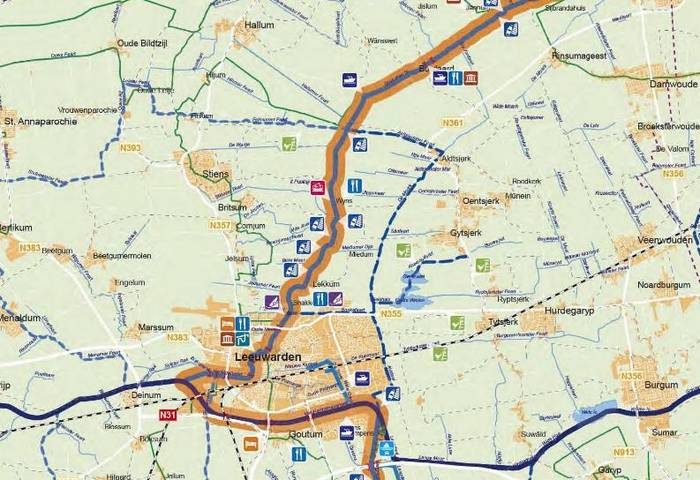 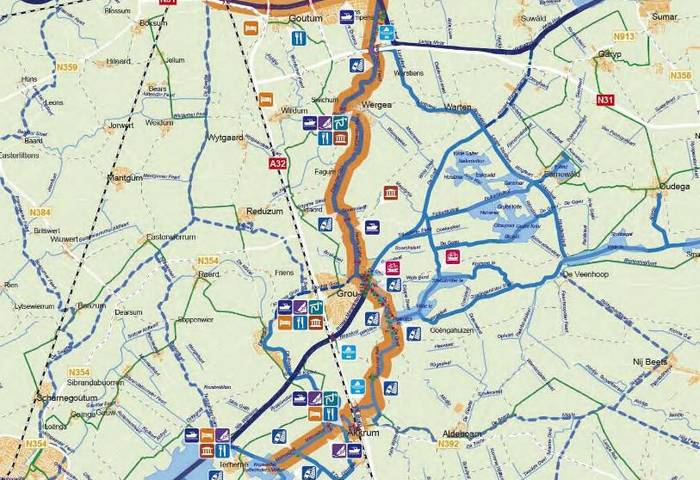 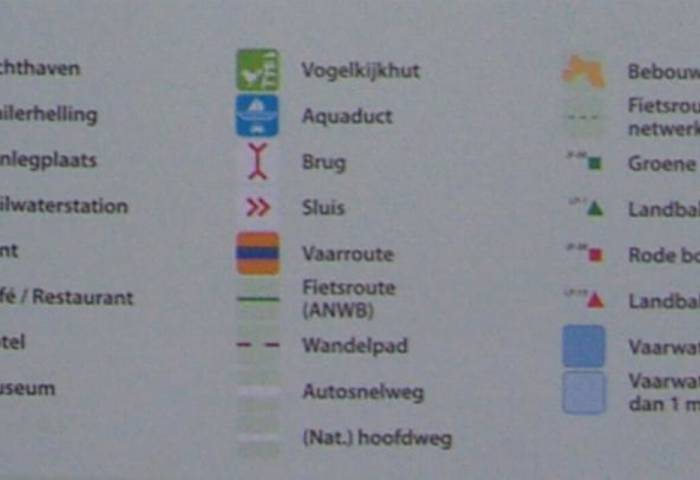